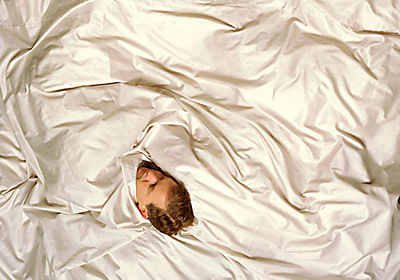 Q: Can you describe your artistic practice?
A: Most of my work deals with sexual identity and human relations. I stage ambiguous images of physical and mental relations, where desire and aggression are played out. The people in the images often fight a battle between intimacy and distance, between pleasure and suffering, between power and dependence.

Q: Why do so many of your images contain middle-aged men in suits?
A: The images can be seen as metaphors for the perils and possibilities of male adulthood – the man in the dark suit is generally thought to be the ”pillar of society.” But they can also be interpreted in a more literal manner, as stories about vulnerable and insecure individuals caught between childhood and manhood. If the dark suits signify power, they also function as protective shields against their bearers’ insecurity. The men are part of a larger social structure, where they risk becoming lost as individuals. I place my models in typical ”male” environments, from the car to the conference table. These settings carry with them notions of power and potency, but the men themselves usually seem lost and empty. On the other hand, the images are about accepting isolation and creating a sense of intimacy within your self. Certainly, there is a creeping sense of boredom in the images, but I don’t distance myself from the subjects – rather, I identify with them. My most recent works are about the fears and possibilities of ”letting go,” of surrendering to something that is larger than one self – whether this be love, passion or death. Images of this kind are, for example, ”c/o” and ”blown out”.

Extracts from a text by Bo Madestrand, 2000