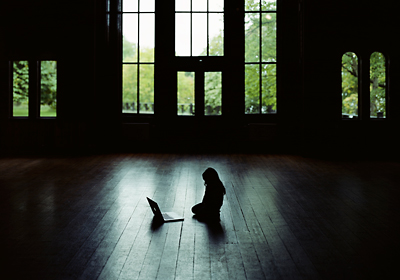 A prominent quality of staged photography as a genre is that is often aesthetically pleasing. The beauty attracts our gaze and then reveals stories that are both subversive and ambiguous. The interplay between the beauty and the uncanny element of the image titillates our visual curiosity. A look at Maria Friberg’s work since the late 1990s until today shows that she is fully a master of this genre.

In her work Maria Friberg throws light on human life in relation to a larger situation, in which the powers of nature and culture are hard to bridle. In her latest pieces she gives artistic shape to these issues from a child’s perspective. The work Belonging (2010) shows a boy sitting on a mountain of brightly coloured toys. It is a portrait of the artist’s son and the enormous quantities of objects that he has already amassed at his young age. Reminiscent of the spirit of the American conceptual artist Barbara Kruger’s iconic work I shop therefore I am from 1987, Belonging gives an effective testimony of contemporary consumer society.

It is also by way of a child that Friberg presents the influence of technology on our lives in the series Duration (2012). On the floor in the gloomy and desolate room we see the silhouette of a figure sitting by himself in front of a laptop computer. In the background there are large windows and outside is a verdant summer landscape. The almost religious quality of the room seems to suggest that the moment in front of the computer has become a sacred part in our lives. The child in the picture seems to be in a hypnotic state and the sense of isolation and loneliness is apparent. At the same time the computer is an instrument of communication and it is probable that the child is interacting with friends through various social media. In another picture from the same series we are moved to a late 18th-century palace. Again we observe a child who is sitting on the floor in one end of a long passage. In the far end there is an adult – probably the child’s parent – who is also sitting on the floor. Although we cannot discern what they hold in their hands, their body postures suggest that they are absorbed by technology. Although they are physically close and although they both use means of mass communication they are – paradoxically – also both isolated on their own separate digital isles.

This kind of social commentary is characteristic of Maria Friberg’s art. Her staged photographs bring about stories about modern human existence in a world that defines us through consumption, paralyses us through endless possibilities and allows us to keep the illusion of being in power.

Duration 1 is both sad and sacred. In the light falling on the floor it looks as if the figure is worshipping. The window of reality has been exchanged for the window of the computer.