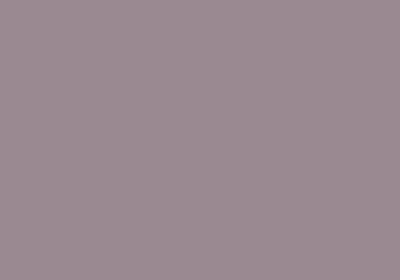 A term typically signifying marijuana that is grown in the backyard or house, HOME GROWN refers more generally to a wide range of “do-it-yourself” activities. Taken as a sign for “American ingenuity and the entrepreneurial spirit,” alternatively it denotes a variety of subcultures found often outside the law – in both cases, indicative of knowledge produced and employed counter to the status quo. Extreme forms include separatist militias, and illicit narcotics manufacture. The principle is also applied in the barely-legal practices of “home-schooling,” “back-to-the-land” movements, cult organizations, “home-made” architecture, “home remedies;” as well as a slew of more properly legal creative solutions to mechanical, environmental, and community-related issues – not to mention, “down-home” cooking.

HOME GROWN implies a rather complex set of relationships between various “do-it-yourself” or “home-made” traditions (so much a part of the history of the United States, founded as it was on notions of self -sufficiency and -determination), as it does with regard to the very notion of tradition as such, with its connotations of community, belonging, and place (Heimat) – the latter proving disastrous in recent European history, equally disastrous for the indigenous population in the US push west, and potentially disastrous with the present rise of nationalist sentiment in both the States and Europe. This problematic, how and where the rather uneasy lines are drawn between what seem to be radically different interpretations of free will and self-determination, and the role of government in establishing and maintaining those lines, is precisely the area in which the exhibition HOME GROWN is located.

The three artists participating in the exhibition, each in their own way, addresses this rather difficult terrain. Janet Bigg’s interest in the construction of gender, social codes, and values continues through an investigation into the increasingly common practice in the US of pharmacologically treating socially deemed atypical forms of behavior. For her, HOME GROWN refers not only to illegal domestic drug production, but also to the way society effects the formation or growth of the individual by invading the home through (legal, i.e., state-approved) medication as a form of social control.

Maria Friberg presents us with an agitated glimpse into the American political system and its media representations. Offering up symbols of power as they’re manifested in television and architecture, her work attempts to poke holes into these imaginary edifices of “Truth, Justice and the American Way.” Though not explicitly spelled out, Friberg’s work suggests possibilities for HOME GROWN politics to emerge; a politics of awareness of media manipulation beginning with a critique of the doctrinaire and implacable presence of American Federalist authority.

Stephan Pascher’s contribution reflects a concern for activities formally outside the officially permissible; testing boundaries of legality, while searching out spaces where free interests can be effectively pursued. His version of the HOME GROWN comes literally in the form of home-style cultivation – both gardening and distilling – but also, in returning, if only temporarily, the Passagen Könsthall to its food market origin, a site of lively communal exchange; consequently activating the art institution’s potential as an equally dynamic and viable social space, yet for perhaps other sorts of commerce.