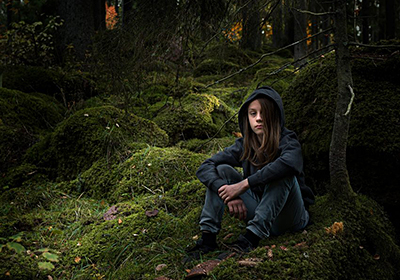 Resistance, The Silent Revolution [May 11-June 22 at BendanaPinel Gallery, Paris]

We live in dangerous and highly polarized times. Sometimes it is hard to find hope. But the seeds for the future grow in the dark, underground. Suddenly, with spring’s first light, they burst out of the fertile ground, full of life and power.

In the words of Sam Cooke, a change is gonna come. Equally inspired by personal experience and Martin Luther King’s famous speech in Washington in the fall of 1963, Cooke’s song was a reaction to the racial injustices in 1960s America, and became an anthem for the growing civil rights movement.

Today, we face many different challenges and social injustices. But the singular biggest threat to mankind as a whole is climate change. It is a slow but steady process, that has been going on for the last couple of centuries, but now we are at a tipping point – if global heating reaches an excess of 2 degrees celsius, life on earth as we know it is in peril.

So, who do we turn to in these times of trouble? Our political leaders are too ensnared in the global web of business, money and power to be of much help. Instead, we must look to the kids for hope. They are the ones who will have to pay for our untenable lifestyle, and understand the need for coordinated global action.

After organizing a one-person school strike in Stockholm, 16-year-old Swede Greta Thunberg has emerged as a spokesperson for her generation. Speaking to global leaders such as politicians and businessmen, she urges them not to feel empathy, but to panic: ”I want you to act as if the house is on fire, because it is.”

Diagnosed with Aspergers, Greta Thunberg may seem an unlikely spokesperson for her generation. But what she teaches us is that you don’t have to be a bully to be a leader. You may just as well be delicate, like a flower, and inspire by example. Conventionally, people of power are extroverts – but now, there is talk of a revolution led by introverts. People who have the ability to empathize, to reflect and analyze the situation before talking. People who understand the power in a whisper, rather than a scream.

In her exhibition ”Resistance – the silent revolution”, artist Maria Friberg explores themes of opposition. In today’s youth, she finds a newfound inner strength, beyond consumerism and empty entertainment. Sometimes, doing nothing, saying nothing, is the best way to achieve change – buy nothing, stop flying, stop fighting other people’s wars. It is a revolution, a renaissance, a resistance movement. Having previously worked with themes of masculinity and its formal codes of power, Friberg now turns her gaze on androgynous teenagers, wearing their hoodies like shields in a war against conformity.

Like those seeds in the soil, they silently abide their time, waiting for the moment when they will rise, walk out into the world and make a difference. The porcelain sculpture of a young, resting man resembles a cocoon, from which a butterfly will eventually break free. As in the case of school youth going on strike for the climate, there is a strength in passivity – as the world’s leaders engage in a screaming contest, the kids silently organize.

Placed in natural habitats, the teenagers in these photographs resemble the fairies, trolls and other fantasy figures in Swedish 19th century artist John Bauer’s dreamlike paintings and illustrations. Here, nature is both comforting and frightening. A dark resting place, where new ideas and ideals emerge. Some of these portraits were taken in woods ravaged by fire during last year’s global heatwave – as a reminder of the negative effects humans have on the environment, but also as a symbol of hope. Out of the ashes, something new will surely grow.