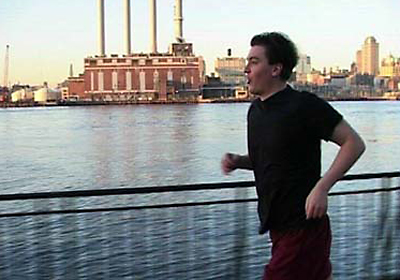 Urban Nature is Göteborg Konsthall’s first exhibition under its own direction since its re-opening in April, 2001. The concept is broad and the spatial interaction of the works strengthens them, shifts perspectives and creates new implications. The title suggests a grouping of emotionally charged pairs of concepts and a list of them could go on forever: the urban environment and nature, materialistic culture and spiritual values, public and private space. However, it is the elusive in-between space that is of primary interest: the threads between these notions and the way we unimaginatively make use of pre-formed ways of decoding what we see.

All of the works in Urban Nature react at various levels. Some works are more direct, others emerge slowly. They command the space in different ways, forcing the visitors to take an active part, discovering possible paths and interpretations. There is an open borderland to every work, a zone, a place that we can fill with our experiences and knowledge. That contemporary art also is affected by happenings far beyond its own domains is very apparent in this case. After the events of the 11th of September 2001 – the same time as the exhibition was in the building stage – satellite pictures and symbolically charged architecture have come to be seen in radically new ways.

We have chosen to produce the catalogue after the works were finally in place in the Konsthall. The photographs are documentations of the exhibition and the artists themselves have written the texts concerning the background to the works (unless otherwise stated). The main text by Sara Michaëlsson takes its starting point in the exhibition itself, thus allowing her to express her own personal view of the works.

The methodology of the exhibition, Urban Nature, has been organic in the best meaning of the word. The choice of works and the way they have been combined has taken place in dialogue with the artists and other people involved. I would especially like to mention Magnus Haglund and Sara Michaëlsson, the guest-editors of Paletten’s issue on sound art, Anders Hultqvist and Staffan Mossenmark, the organisers of Göteborg Art Sounds Festival and most of all, Maria Friberg who, together with myself, has been responsible for the final form of the exhibition.